The wonderful influx of Monarchs from yesterday's winds left some stragglers behind today. Monarchs were seen gliding all around the dunes this morning. The driving census was about half of what it was yesterday, which was still enough to keep the taggers busy all day long. Butterfly bushes everywhere on the Point had fluttering visitors throughout the day. Aside from Monarchs, Common Buckeyes are around in big numbers too, fascinating everyone who sees them with their purple-blue eyespots. 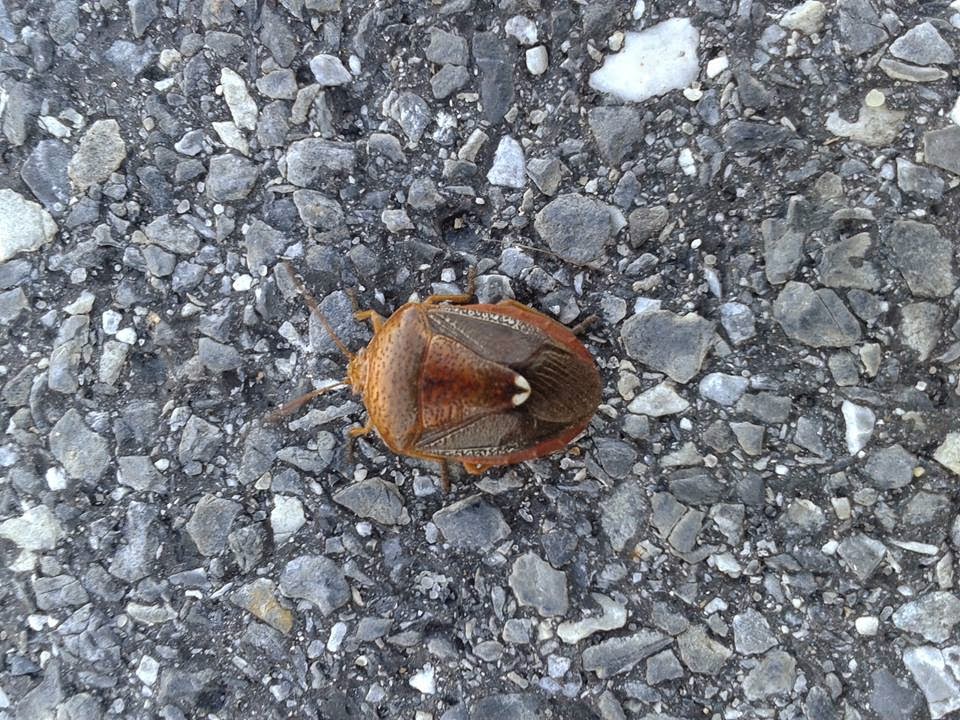 Another interesting insect observation: these big stinkbugs must've blown in on the same winds because they arrived in big numbers yesterday too. 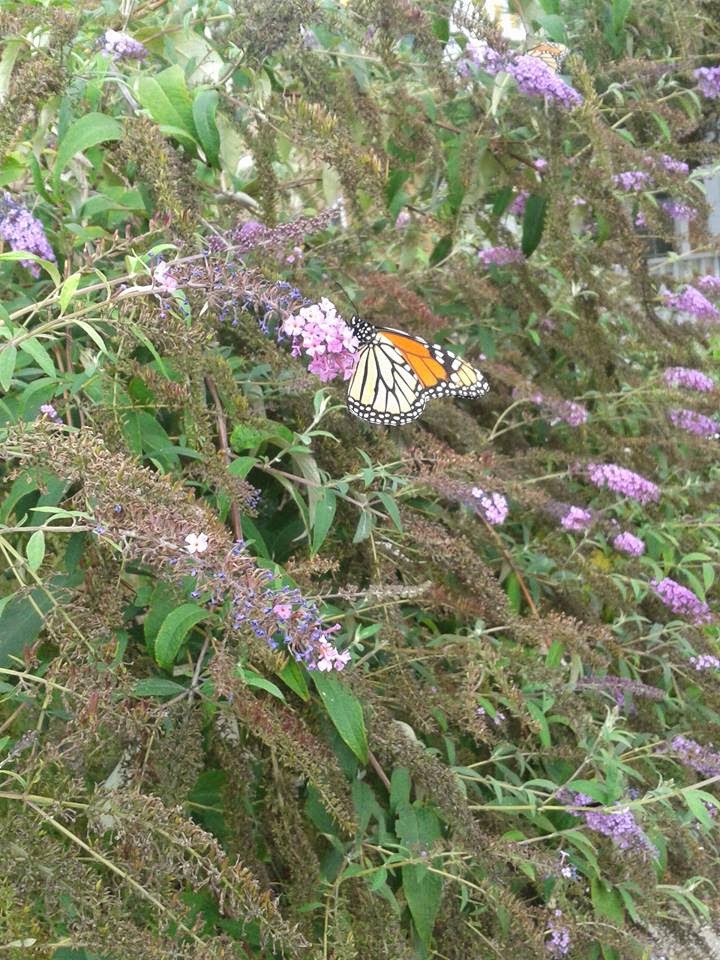 Those Monarchs that were still around the Point today seemed to be storing less fat than those we found yesterday. That means those ones we caught today will possibly be around nectaring for a couple of days before taking off on the rest of their migration. Although the upcoming winds are mostly Southerly, we can remain hopeful that these Monarchs still nectaring will provide us enough eye-candy until the next influx! 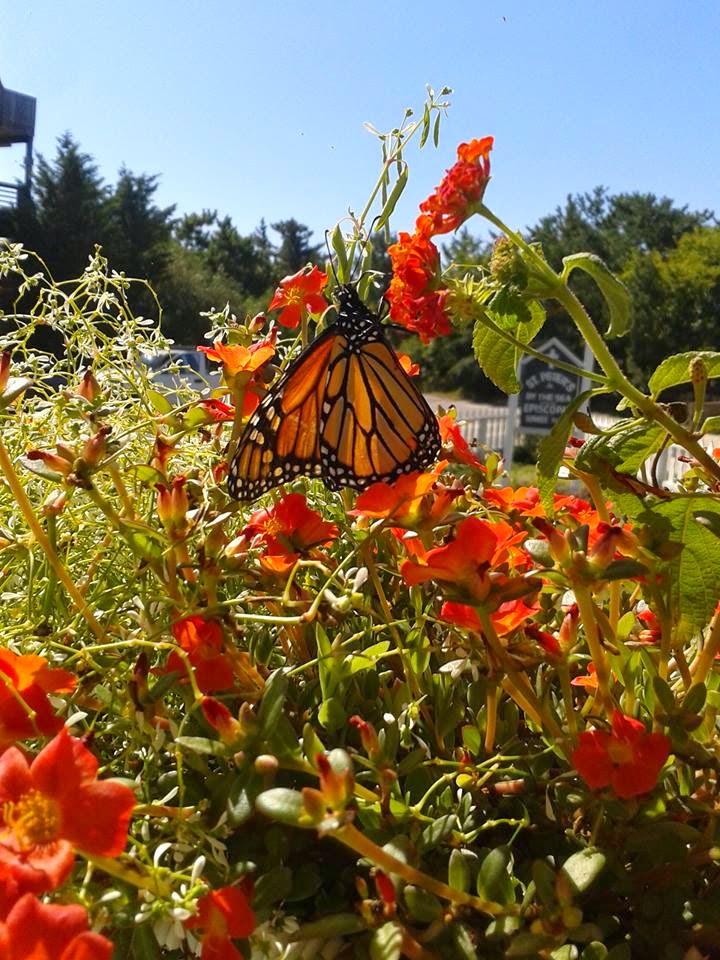 A large and enthusiastic crowd was drawn in for the tagging demonstration, where the whole MMP crew had a chance to jump in on discussion about our own Monarch research, their life cycles, biology,and conservation.

If you haven't made it yet, our demos are every Wednesday, Friday, Saturday and Sunday @ 2pm in the State park pavillion, through October 12, and we hope to see you there!
Posted by Unknown at 11:30 PM