The last two days have been very warm in Cape May, with light winds generally blowing from the south.  This is not the type of weather that brings migrants into Cape May, neither birds nor monarch butterflies.  But some of the monarchs that arrived on Wednesday seem to be sticking around, along with some that probably lived in this region as eggs, larvae, and pupae.  So our team has had monarchs to watch, catch, tag, and release.  Here Linsdey Brendel holds a monarch that she tagged this afternoon.  With a bit of luck and a lot of determination this butterfly will make the journey all the way to the mountains of Michoacan, Mexico, 2,000 miles away from Cape May. 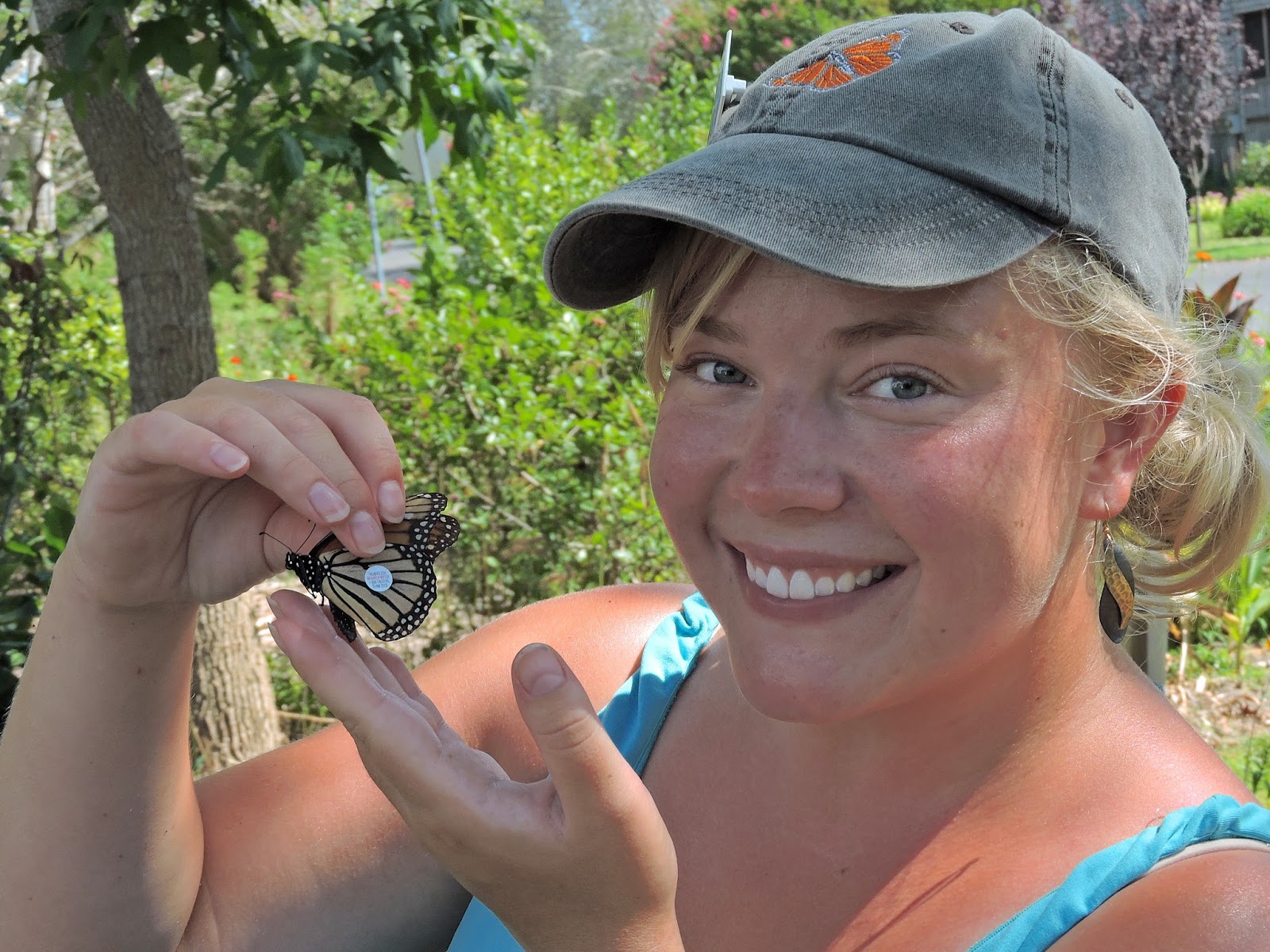 The tagging of monarchs is probably the best known part of the Monarch Monitoring Project, but we're busy doing a lot more.  Three times every day we sample the number of monarchs around Cape May by driving a 5-mile route at slow speed (20 to 25 mph), with the driver counting all monarchs seen along the route.  Since many of the roads along the route have speed limits of 35 or 40 miles per hour, our census vehicle is moving at a noticeably slow pace.  If you encounter a slow moving vehicle this fall along New England Road, Bayshore Road, Sunset Boulevard, Lighthouse Boulevard, or along the dunes in Cape May Point, please be patient and understand that research is being conducted.  We've made these counts every day in September and October since the project began in 1991, resulting in a data set that is widely admired and frequently referenced.

Today we unveiled new signs that we'll place on the back and along the left side of our census vehicles, which hopefully will help other drivers understand why our census vehicle is moving so slowly.  If you see a vehicle with these signs, you'll know what's going on.  Feel free to give our team member a wave, but understand that they might be too busy to wave back. 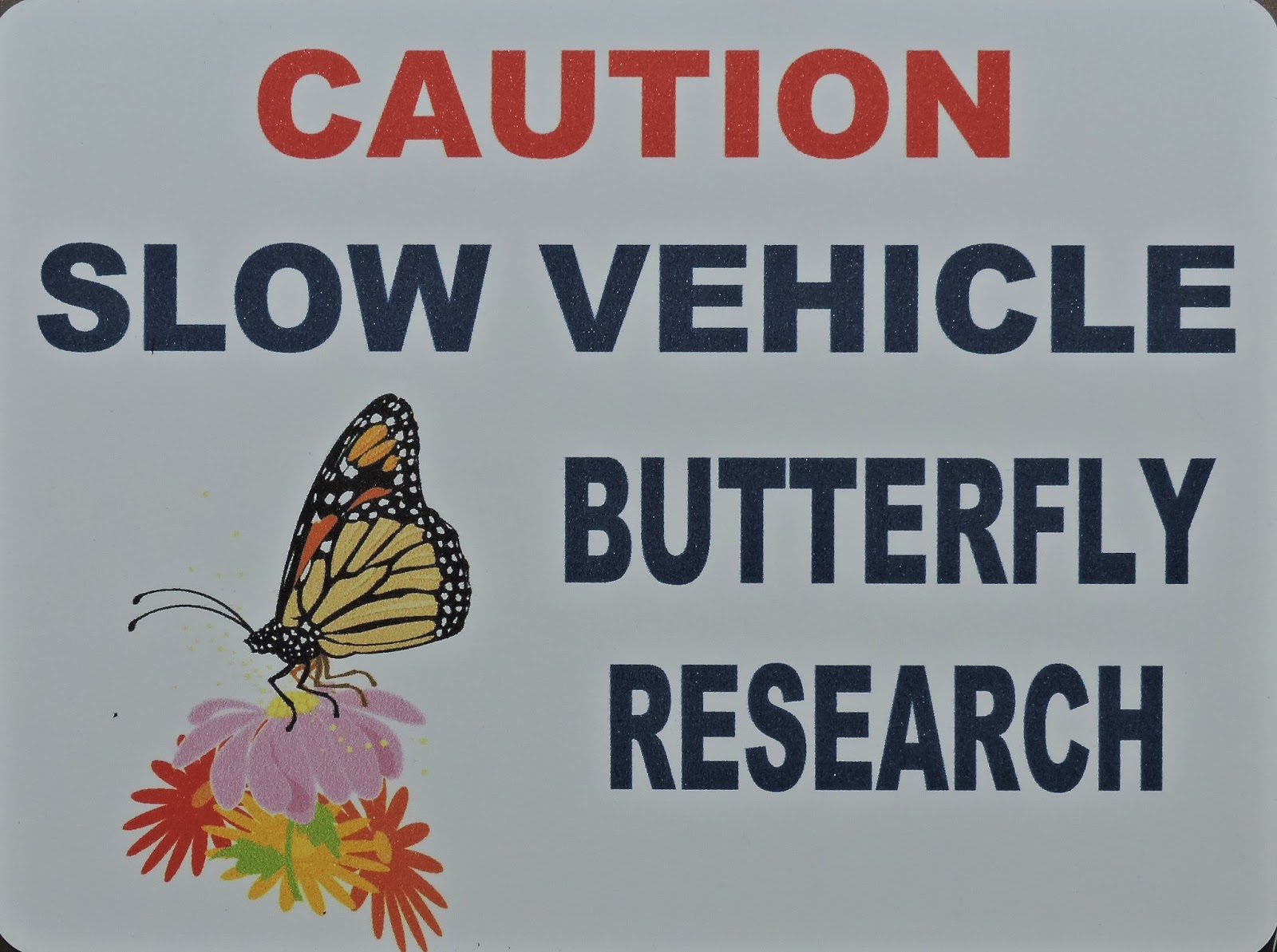 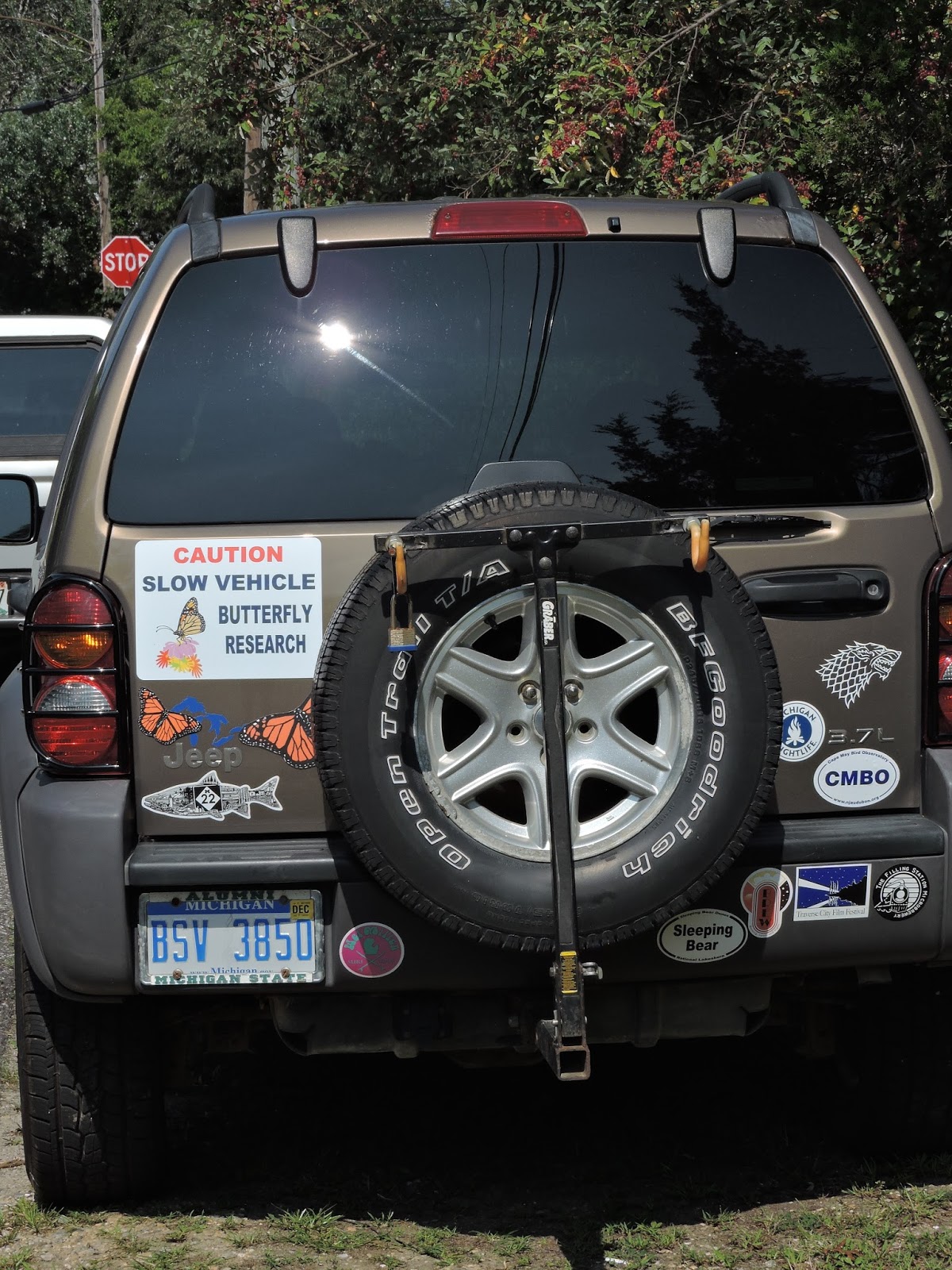 Education is another critical component of the Monarch Monitoring Project, and our first public tagging demo takes place next Saturday, Sept. 13, at 2 pm.  All of our tagging demos are held at the covered picnic pavilion in Cape May Point State Park, right next to the hawk watch platform.  But another educational effort is now underway at the Cape May Bird Observatory Northwood Center.  Our fall monarch technicians Lindsey Brendel and Angela Demarse are establishing a terrarium display inside the Center with monarch eggs and caterpillars, which will develop into chrysalides and then metamorphose into adults.  Stop in to see the little creatures, and if you're lucky enough to be there at just the right time, you might see a caterpillar transform into a chrysalis.  Just before the change occurs, the caterpillar weaves a silken button and hangs from it, the body bent into the shape of a shallow "J".  One caterpillar in the Center (see below) has already formed the "J" and might undergo this transformation tomorrow.  Come back in a couple weeks and you could be lucky enough to watch an adult monarch emerge from the chrysalis. 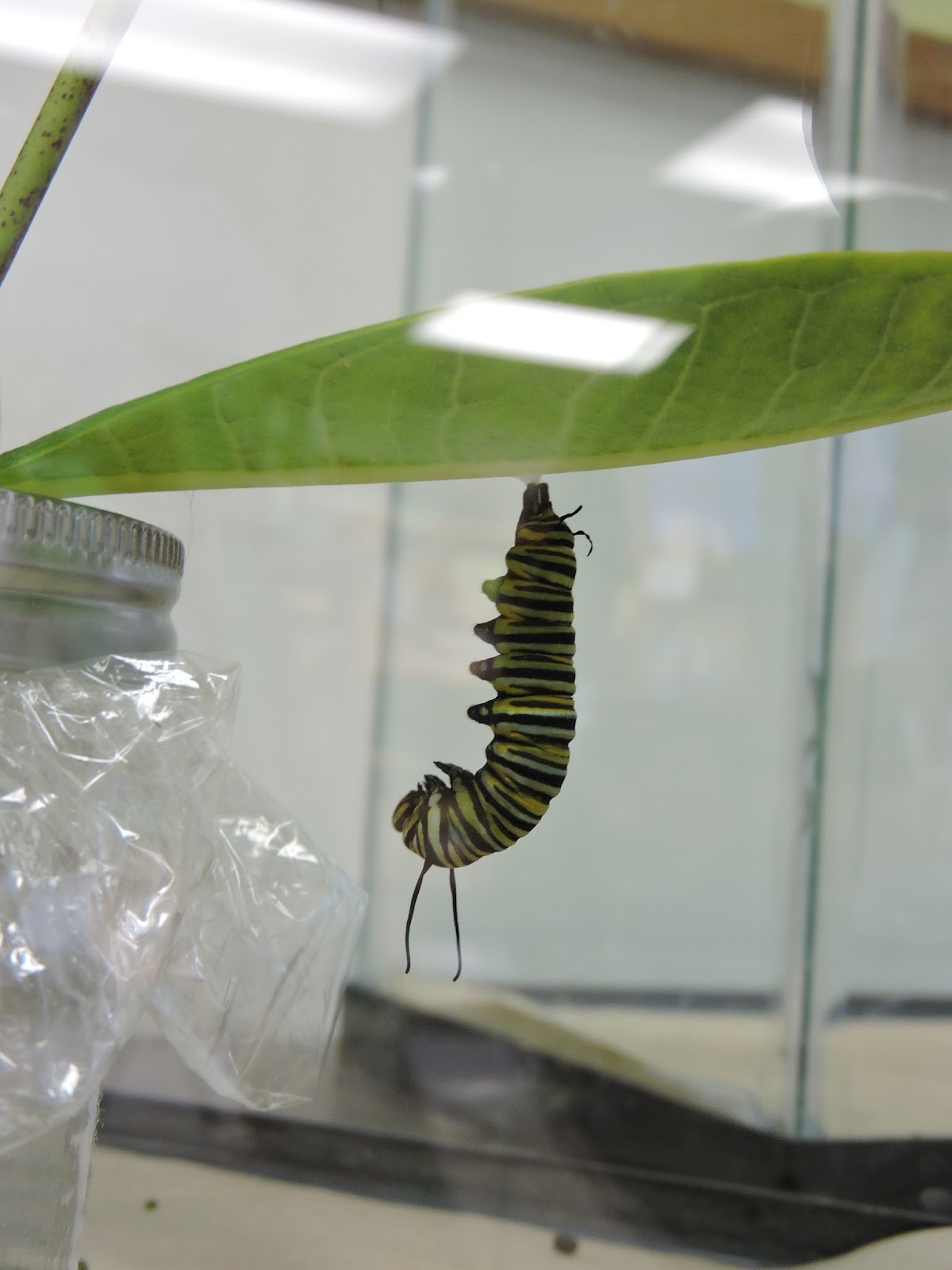 It will take some luck to catch the moment of transformation, but we promise to keep a close eye on monarchs both inside the Center and out in the field, and we'll report back often right here on the blog.  Come to Cape May whenever you can, and watch our posts to feel like you've never left.